Tayla grew up on a farm in South Australia’s mid north region, which allowed for a keen interest in any sports from a young age. She often participated in netball, basketball and tennis but was keen to try anything different that was offered to fill her time and keep her active. Netball was always her first choice though and she spent many hours traveling back and forth to Adelaide for trainings and greater opportunities. She has been involved in the state netball pathway competing at 5 underage nationals, successfully winning 3x gold, 1x silver and 1x bronze medals. She has been involved in 17 and 19s Australian development camps and more recently part of the Australian 21U squad to compete at the Youth World Cup. She is currently playing for the Adelaide Thunderbirds in the Super Netball League.

Tayla has just completed a double Bachelors degree in Sport and Exercise Science, and Nutrition and Food Science. She has a passion for overall health and physical activity and enjoys getting to work with individuals of all ages to keep them healthy, achieve their goals and stay active.

Getting to train alongside like-minded and incredible athletes on a daily basis.

Nat VonBertouch – Australian captain, Thunderbirds legend and someone who I grew up loving and admiring.

Travelling or working in the health industry to assist people with their health/fitness related goals.

There are so many ways to move your body – it doesn’t always have to be the same thing, or something you don’t like, the most important things are that you’re moving your body and having fun with it.

Going to the gym (or walking/social sports with friends).

Probably AFL. But I love the Olympics and getting to watch so many different sports (particularly those that I might not normally) all at once.

Knowing you did as much as you could no matter the result, and having fun playing sport/moving with your mates. 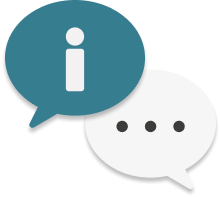